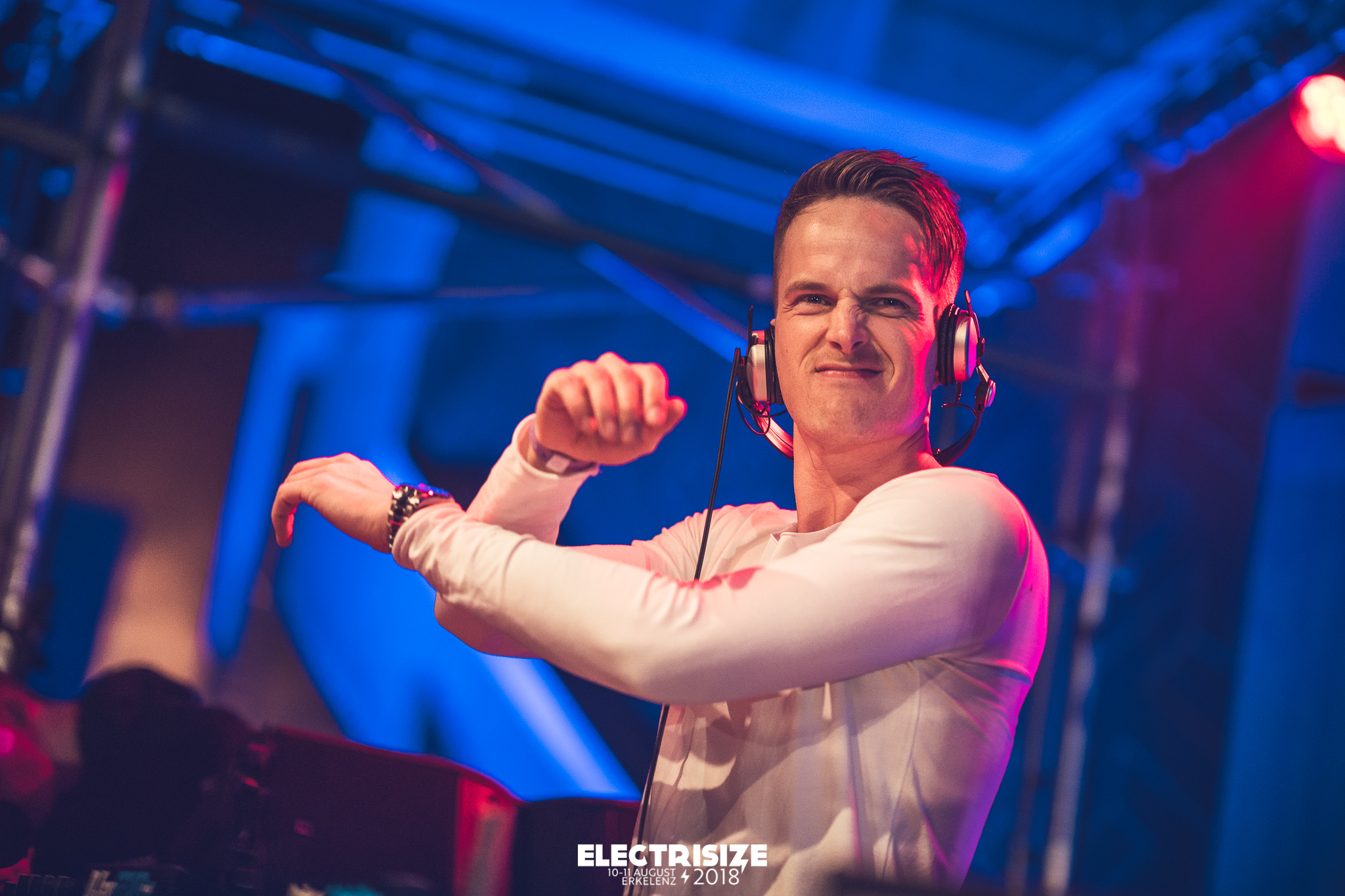 Hey Dannic! Thanks for taking your time for the interview! First of all, how are you doing?

„I’m great thank you! I’ve had a tiring but great run of shows this Summer including sets at Tomorrowland, Parookaville and gigs in Ireland, the US, Asia and beyond! It’s also been a super busy year for releases, I’ve just released my ninth of 2018 with ‘Clash‘ on my label Fonk Recordings and I have an exciting collabortion coming up very soon…watch this space!“

How was your festival summer so far? How does it feel to be on tour for few months to play on various festivals?

“Like I said above, crazy but fun! I like to visit my Dannic fans all over the world but Europe is for sure where people get the most excited because I’m from here – Electrisize last weekend was totally nuts and is always a stand-out in the calendar.“

What was the funniest thing happened to you while you’ve been on tour?

“So many funny things! My tour manager Gideon and I are really good friends which makes travelling so much fun, he’s always cracking jokes – if you watch my China aftermovie from last Summer you will see what I mean!“

A few weeks ago you played at the sold-out Electrisize Festival in Germany. You already played there two years ago. How did it feel for you to return there?

Brilliant! It’s a great festival with cool producion for something that is pretty “boutique“ in size, German crowds are always great fun.

Now we want to know what do you think about Germany? Can you speak a little bit German?

You play at the biggest festivals worldwide like Tomorrowland or Untold Festival. Is there still a festival that you’ve never played before, but you really want to play at? Why did you choose this?

“I have been very lucky to play so many “dream“ festivals, so off the top off my head I’d have to go big and say Coachella! Classic sets from that event like Daft Punk’s stand the test of time and it invites the best artists from around the globe to play from pop and rock, too – so yeah, Coachella!“ Recently you were traveling with Le Shuuk’s car, the awesome Jaguar F-Type, do you really like to “push the tube“?

“Haha! Yes! Remixing Le Shuuk’s ’Stop‘ was a blast, too! I like to work with vocalists in my own productions, like my more radio-friendly Spinnin‘ releases, but to work on a remix that is already a full-formed release was really fun to add that “Dannic spin“ on it – I decided to take it big room!“

You’ve been running your own label called Fonk for some time now. Is there someone you would like to have on your label?

“A lot of artists, but right now I’ve feel thankful to have released music from some of my favourite artists and peers in the industry including Tom & Jame, Will K and we’ve also tried our best to champion new artists like Pessto and Corey James through what we do both across releases and our live Fonk parties.“

Thank you for the interview! We wish you all the best 🙂

© 2019 | Festivals with me | All rights reserved
MEHR STORYS

Parookaville – Live from the City